The Masters of Coffee 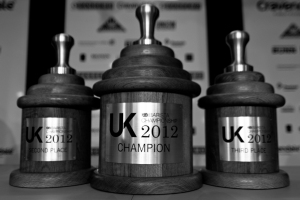 It’s not the easiest of tasks to pinpoint the best coffee place in town, even if you narrow the selection down to a few exceptional cases. So, how do you choose the best barista on a world-wide scale? A panel of judges in Austria will have to do just that  in a couple of weeks’ time – at the annual World Barista Championship.

The Championship will be a part of a three-day event, the World of Coffee, organised by Speciality Coffee Association of Europe (SCAE). This year’s World Barista Championship (WBC) will be taking place in Vienna, 12-15 June. Baristas from over 50 countries will be competing watched by an expected audience of over 12,000 visitors. They will each prepare four espressos, four cappucinos and four signature drinks in a 15 minute performance to music. Certified Judges from around the world will then choose 12 semi-finalists who perform best on the taste of their beverages, cleanliness, creativity, technical skill, and overall presentation; these will be narrowed down to six finalists out of which the World Barista will be selected.

Jeremy Southgate from SCAE says this is the biggest event organised by the Association so far:

“This year sees a larger Village, a ‘Business of Coffee’ conference, four world coffee competitions, trade show, great social media programme with many incentives and offers at the show. There are some very special and exclusive events planned that include ‘experiences’ through exhibitors and many give-aways.”

“The WBC is hosted in a 1000 seater arena within the trade show but is self-contained. All competitions were created to raise the skill of baristi in the coffee sector and promote great coffee, particularly speciality coffees.”

The competition first took place in Monaco in 2000, when in was established by a group of professional baristas and hosted 12 participants. Since then, the competition moved to different locations on all continents on yearly basis. Denmark seems to be the home of the best world baristas, having claimed four out of 11 titles so far, whilst Norway and the United Kingdom are placed on a joint second with two wins each. 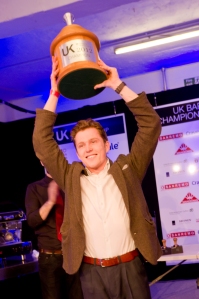 Before the World Championship event, each participating country elects their representative in national finals. In Vienna Maxwell Colonna-Dashwood, a coffee shop owner from Bath, will be fighting to bring back the title to the UK.

The visitors to the three-day event in Vienna will also have an opportunity to have a taster of a barista life – or to commence their coffee -making career. Every year SCAE organise barista Level 1 and 2 courses as part of the Coffee Diploma Workshop Programme, which are “hugely popular”, according to Jeremy: “Demand exceeded availability last year in Maastricht. Hence the vast increase [in places] this year,” and he adds that although there are still  few spaces left, they would be filling up quickly.

Strolling down Rose Street towards the train station I was looking around for a nice coffee place to have our last brew before mum’s departure. Not that it was imperative for my mum… but it was for me (call me a coffee addict, if you will). Passing Jenners I almost lost all hope and thought we’d have to opt for a Costa at the waiting area, or – worse – do without it; but then I noticed Valvona & Crolla – and the afternoon was saved!

We entered into a clothes shop that on the left hand side had a dedicated cafe area with a few tables and chairs dotted about, and a bar-style table by the window, where I used to see pensioners observing me with a blank stare whilst I was getting wet in the rain waiting at the bus stop outside. Probably that’s why I never thought of visiting this place before… 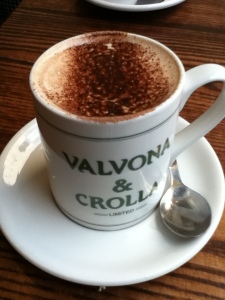 Now the bar table was taken by a couple of young women chatting away, and there were quite a few people taking up other seats, but we had a bigger table in the corner free to ourselves. The bar was at the other end, cramped, with a barista in his twenties keeping busy. I realise I refer to age here quite a lot, and that is because a friend gave me the impression that this would be a posh cafe, since “the Queen used to go there” – implying I believe in stereotypes attached to the word “posh”. Later on he clarified that it was the deli on Elm Row that he meant, and to clarify, the deli is “royally appointed” to supply HM. And it seems to be a reference mainly to cheese.

My mum, as always, went for a black coffee with milk on the side – and I thank her for that, as that way I can occasionally try a venue’s filter coffee as well. Here, however, they did not have a brewer and she had to order an Americano,  which in my opinion, tasted quite bitter. What would that do to my mocha? Well, it actually didn’t spoil it, and my coffee was quite pleasant – probably balanced by the sweetness of Cadburry’s chocolate, as, after all, the drink on the board was called Cadburry’s Mocha. I suppose it tasted more like cocoa with a kick. Not a strong kick, mind you.

I wasn’t as wowed by the coffee as I was by their cake and biscuit offer, which, again, levelled my idea of this place as an exclusive cafe with the ground. The prices were very appealing, and I loved the little finger biscuits you could buy. Yes, it would have been better if they were served with your coffee free of charge, but it always makes a nice difference to be able to pick 2 out of four types of biscuits (like biscotto or amaretto) for the price of 45p. At least that was the offer at the time. We shared our biscuits and finished our coffees and headed off – there was certainly nothing more to do in this tiny venue.

V&C is a pleasant stop-over during your day-time shopping. Nothing thrilling, but certainly a better coffee-place option than your average Rose Street pub. And if you feel like it, you can think of yourself as choosing the same brands as the Queen.

Verdict justification: A nice place with OK coffee – but it doesn’t have much competition in this part of town anyway